A train dissapeared in tunnel in Italy


Imaging travelling on a train that is actually a time machine that would never bring you back. The 106 passengers in crew of zanetti train. They never reach their destination. Is that no one knows what happens to the train. On July 14th 1911 the rail company Zanetti arrange Italian a free trial ride on their new train. Passengers were enjoying their ride watching scenic features along the way. Making small talk and enjoying their refreshments. One of the sites their looking forwards to be a new tunnel went through a mountain. It was one of the longest ever built at that time.

And that theirmystery began. The train entered the half mile long tunnel in LombardiMountain and never came out. It just disappeared. After the incident the railway workers and policeman search every square foot of it but found no trace of the train.

The tunnel itselfjust a long too but their no way to go but to the other side. Yet there was neither a train sign of a crash there. However there were two passengers just jumped out the train just before it vanished to the tunnel.  Later they came too but they were able to tell their story of the early trip. Ask the train approach the tunnel black smoke came out of Norway as well as dense white far. The train slow down as it nearing the entrance and the fog began to develop it. The men panic and jumped into ground before the train was gone. 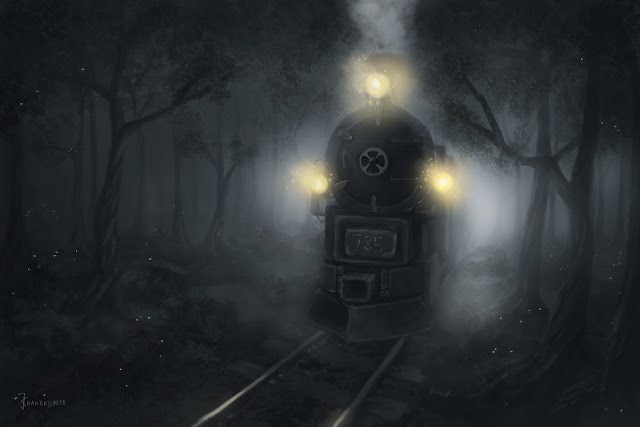 One of the survivor told to the newspaper about the incident “I heard an unclear humming sound beyond the black smoke. I can see a milky white fog creeping from the tunnel. It littler swallowed the train like a wave. It became so horrifying. The train was barely moving. So I jumped from the cart. And my eyes caught another passenger who jumped at the same time. We both hit the ground hard. And that is the last thing I remembered.” As for the train it was never seen again. Then the notorious tunnel happened to get boomed during World War 2. Closing it off forever. No one would come up with a sound explanation for this strange disappearance.