By Channaka
The Mavericks' Luka Doncic dribbles the ball against Pistons in the first half.

Despite Doncic’s offensive outburst, the Pistons were within single digits early in the fourth quarter but fell to the Mavericks, 122-111, on Thursday night before a sellout crowd of 20,064 at Mexico City Arena.

Doncic was the catalyst, with the highest individual point total and first triple-double in an NBA game in Mexico City.

“We had an off-shooting night. We’re going to take their shots and we’re a 3-point-shooting team,” Casey said. “We started to make them down the stretch, but it was too late.

“Defensively, we missed a lot of rotations trying to get the ball out Doncic’s hands, which was difficult to do. He sees the whole floor and he picked us apart.”

Andre Drummond had 23 points and 15 rebounds and Derrick Rose 16 points for the Pistons (10-15), who ended their two-game streak and finish their three-game trip on Saturday against the Houston Rockets.

Doncic had a three-point play to end the Pistons’ run and added a 3-pointer and a reverse to finish the half with a 65-58 lead. Seth Curry (30 points, seven rebounds and four assists) sparked the second-quarter surge for Dallas. 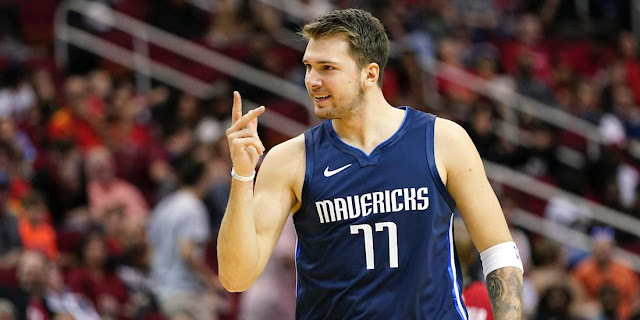 “In the last three minutes of the first half is where it started. We lost Curry and he made nine straight points with three threes,” Casey said. “We took some of our missed shots from one end and it took our energy. That was a big stretch for them in the last few minutes.”

The Mavs continued the surge with a 13-2 run, with four points by Kristaps Porzingis (20 points) and five points and two assists in the first four-plus minutes. Dallas’ run reached 25-8 and a 24-point margin, after two more baskets by Porzingis and some scintillating plays by Doncic.

Rose and Markieff Morris (16 points) carried the offense, combining for 17 straight Pistons points, with two 3-pointers apiece, igniting a 19-2 run and getting the Pistons within 95-85 entering the fourth quarter.

Morris had a chance to get within eight after being fouled on a 3-pointer but made just one of the three free throws. Curry followed with a 3-pointer and Jalen Brunson added another. After another basket by Morris, Doncic hit a final 3-pointer, pushing the lead back to 107-90, with 7:31 left.

Doncic has a strong start with 15 points in the first quarter and Curry entered in the final minutes of the period and picked up where Doncic left off, hitting a 3-pointer and scoring on a drive. Christian Wood finished the quarter with a dunk, pulling the Pistons within 34-29.

Curry continued the onslaught, with back-to-back 3-pointers and scored 16 straight points for the Mavericks, helping push the lead to 45-37.

Observations
► The fans in Mexico City were knowledgeable about their favorite NBA players. They gave strong ovations for the Mavericks’ Luka Doncic and Kristaps Porzingis and also for the Pistons’ Blake Griffin and Derrick Rose. Early in the game, Rose received “MVP! MVP!” chants when he entered the game as a reserve.

► Things got chippy after a push from Bruce Brown on Doncic and Drummond tried to intervene. Kristaps Porzingis took exception and there were some words exchanged but no technical fouls.

► The Pistons were outrebounded, 52-34. The minus-18 differential is a rarity for the Pistons, who usually dominate because of Drummond, the league’s leading rebounder.

“They did a better job on him in the second half and put bodies on him, paying attention to him,” Casey said.

► Both team owners — the Pistons’ Tom Gores and the Mavericks’ Mark Cuban — were in Mexico City for the game. They talked a bit at halftime and spent some time with NBA commissioner Adam Silver, who had earlier found out that former commissioner David Stern had suffered a health scare earlier in the day.

► The Pistons’ entertainment teams were a big part of the game-day presentation, with PA announcer Mason getting the crowd hyped with a “Dee-troit Bas-ketball!” chant in the pregame. The cheerleaders and dance teams, along with the Extreme Team, the athletic trampoline performers, also were on hand.

The fans in Mexico City were knowledgeable about their favorite NBA players. They gave strong ovations for the Mavericks’ Luka Doncic and Kristaps Porzingis and for the Pistons’ Blake Griffin and Derrick Rose. Early in the game, Rose received “MVP! MVP!” chants when he entered the game as a reserve.