The Eagles playoff scenarios after Week 15, with Cowboys game looming next

By Channaka
LANDOVER, Md. — The Eagles held on to postseason hopes Sunday when they rallied to beat the three-win Redskins, 37-27. It wasn’t pretty, but the victory allowed the injury-depleted team, and the well-traveling Philly fans who occupied many of the seats at FedEx Field, to consider the real possibility of an NFC East title.

Here’s a breakdown of how the Eagles could clinch the division and who they could host in the wild-card round of the playoffs if they win. Don’t bank on this just yet.

Bottom line: The Eagles must beat the Cowboys next week to play in January.

The Eagles can win the NFC East if:

Eagles news in your inbox year-round

If they win, the Eagles could play 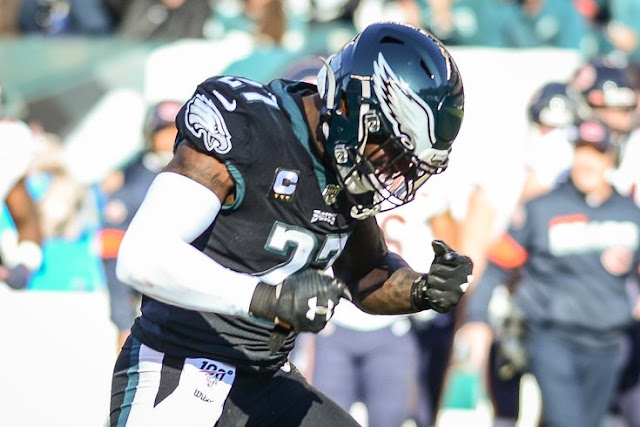 they beat the Cowboys next week and the Giants the following week.

San Francisco (11-3): Because San Francisco lost to the Atlanta Falcons, 29-22, on Sunday, the 49ers moved from the No. 1 to the No. 5 seed. The 49ers are tied with the Seahawks for first place in the NFC West, but the Seahawks beat the 49ers earlier this season. If both teams win next week (the 49ers host the Rams and the Seahawks host the Cardinals), the division winner will be decided when the Seahawks and the 49ers face off in Seattle in the regular-season finale, and the loser would play the winner of the NFC East in the wild-card round.

Minnesota (10-4): The Vikings beat the Chargers, 39-10, to remain the current sixth seed in the conference. Like the Seahawks, Minnesota beat the Eagles in their most recent meeting, a 38-20 game in Week 6, when the Eagles still had some healthy starting wide receivers. The Vikings round out their regular season by hosting the 11-3 Packers and the 7-7 Bears.