By Channaka
Meghan Markle and Prince Harry just dropped some big news—and the Internet is having a royal field day.
On Wednesday, the duke and duchess said they would continue “to fully support Her Majesty the Queen,” and would still support charities with which they are affiliated. But they said they wanted to give their 8-month-old son, Prince Archie, “geographic balance” in his upbringing. Spending part of the year outside Britain, they said, would provide their family with “the space to focus on the next chapter, including the launch of our new charitable entity.”

The couple did not say where in North America they planned to live, but royal watchers said they expected it to be Canada, not the United States. They spent several weeks during the holidays at a house in Vancouver, and the Duchess of Sussex, previously known as Meghan Markle, lived in Toronto for several years, where her television series, “Suits,” was filmed. 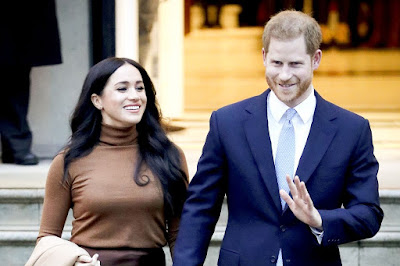 The duchess’s mother, Doria Ragland, lives in Los Angeles, where the duchess was raised, and there have been occasional rumors that Prince Harry and his wife planned to live part of the year in Southern California.
“It’s an extraordinary announcement,” said Penny Junor, a royal biographer. “We will miss them, but I don’t think it will be all that damaging to the royal family.”
Prince Harry already carries out much of his official duties in the Commonwealth, of which Canada is a member. “The queen is queen of Canada, so there is some logic in that,” Ms. Junor said.
Still, there were many unanswered questions, not least how the couple planned to support themselves. “Their charitable work does not generate income, and they have a pretty extravagant lifestyle,” she said.

Check here
Hardik Pandya engaged to Natasa Stankovic
Royal watchers described Wednesday’s announcement as “unprecedented,” though not altogether surprising, given the obvious rising tensions within the family. Some saw the couple’s decision not to spend Christmas with the queen and other members of the family at her royal residence, Sandringham, as a kind of road test for separating themselves from the family.