By Channaka
Quaker Oats, the owner of the 131-year-old brand, said it would retire the name as it worked “to make progress toward racial equality.”
For decades, Quaker Oats knew that one of its major brands, Aunt Jemima, was built on racist imagery. The company inched toward fixing the problem over the years, replacing the kerchief on the Aunt Jemima character’s head with a plaid headband in 1968, and adding pearl earrings and a lace collar in 1989. But it was not until Wednesday that Quaker Oats announced it would drop the Aunt Jemima name and change the packaging.

The decision to remake the pancake-mix and syrup brand, which was founded in 1889, came as widespread protests against racism have reverberated throughout the country, leading to changes in the corporate world and the toppling of statues depicting Confederate leaders. 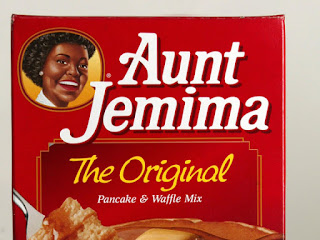 Quaker Oats, which has been owned by PepsiCo since 2001, announced its decision on Aunt Jemima days after a TikTok video describing the brand’s history was shared widely on social media. In retiring the name and character, the company acknowledged that Aunt Jemima’s origins were “based on a racial stereotype.”

In a statement, the company said it was working “to make progress toward racial equality through several initiatives.” The packaging changes will appear toward the end of the year, with the name change to follow.
The founders of the brand hired a former slave to portray Aunt Jemima at the 1893 World’s Fair in Chicago. In the 1930s, after Quaker Oats bought the brand, the character was played in a radio series by a white actress who had performed in blackface on Broadway. A 1954 magazine ad showed Aunt Jemima superimposed over an image of a plantation and a riverboat.
Quaker Oats considered doing away with the logo in recent years, said Dominique Wilburn, who worked as an executive assistant at PepsiCo for several years. Ms. Wilburn said she joined an effort to come up with a rebranding campaign for Aunt Jemima in 2016. In her group of six people, she was the only person of color, she said.

The group tossed around ideas, all the while “very aware of the broader implications, and what would happen if we got this wrong,” Ms. Wilburn said. The plan was to introduce changes during a tranquil period when PepsiCo was not embroiled in any controversy.

Suggestions ranged from changing the character’s name to “Aunt J” to making Aunt Jemima’s straightened hair more natural and building out her back story, Ms. Wilburn said. One proposal involved asking artists to remake the character’s image; another called for sending Quaker Oats employees to a Southern plantation to help them understand the legacy of slavery, she said.
A team member suggested that Indra Nooyi, who was then PepsiCo’s chief executive, release a contrite letter on the brand’s troubled history; Ms. Wilburn said she criticized the idea that one of the few women of color leading a major corporation should have to apologize for her predecessors’ mistakes.

At the end of the process, Ms. Wilburn’s group agreed that Aunt Jemima's name should be changed and the image removed, Ms. Wilburn said. But gaining approval from top executives was difficult, partly because PepsiCo found itself in a controversy after running a commercial that showed Kendall Jenner, a white model, delivering a can of Pepsi to a law enforcement officer at a Black Lives Matter protest, she said.

PepsiCo said in a statement Wednesday that there were “several workstreams” reviewing the brand in 2016 and that “due to personnel changes and shifting priorities, the workstream was eventually put on hold.”

Since then, Quaker Oats has not given Aunt Jemima significant promotion. Last year, Quaker Oats spent $245,000 marketing the brand, compared with $6.2 million it spent on Life Cereal, excluding social media, according to the research firm Kantar.

Ms. Wilburn said the company tried to avoid heavily promoting Aunt Jemima. “They were constantly being told, ‘Let’s not over-promote it or do a lot of partnerships’ — nobody wanted to call attention to it,” she said. “Aunt Jemima was a category leader, and nobody wanted to mess with that stream of revenue.”