Brooklyn Beckham and Nicola Peltz are getting married

By Channaka
Brooklyn Beckham proposes Nicola Peltz to marry him, and Nicola said yes, The cameraman and the model revealed this story to media in this Sunday.

His father is David Beckham is the famous soccer player and his mother is Victoria Beckham who famous fashion designer in the field, popped the big question two weeks ago, but they're just letting the world know now.

"I propose to my soulmates to marry me about 2 weeks ago and she said yes to me," Instagram writing by Brooklyn Beckham.

In this world, I feel like I am the luckiest man. 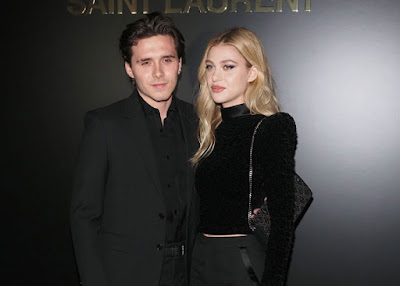 I will be the best daddy and the best husband one day I will promise that" Brooklyn has added a picture of the couple in a loving embrace.

Also at the same time, Nicola Peltz has posted the same pic on Instagram and wrote: "you are the one who made me as the luckiest girl in the world." I'm waiting to spend the rest of my life with you.

This announcement was immediately celebrated by Brooklyn Beckham's family. "The MOST exciting news!!!"

We wish you lifetime happiness and lots of love from us," Beckham's mother Vicktoria has written on Instagram. Also, She has tagged Brooklyn's father and his siblings on her post. Also, she mentions that they will not happier if they will forget to post this loved wishing
.
Brooklyn Beckham and Peltz reportedly began dating at the end of 2019 before becoming Instagram official when Beckham shared a photo of the two in January, according to Harper's Bazaar.