By Channaka
Nintendo is doing it big for the 35th anniversary of “Super Mario Bros.”

For decades, Mario has been not only the face of Nintendo but the general face of the gaming period. Everyone knows who Mario is. The super-powered plumber has been in our lives across multiple Nintendo consoles for decades. He’s given us so many memories.

Now, Nintendo is bringing some of those memories back. To celebrate the Super Mario Bros. franchise on Thursday during a Nintendo Direct presentation, they revealed their new Super Mario 3D All-Stars pack. 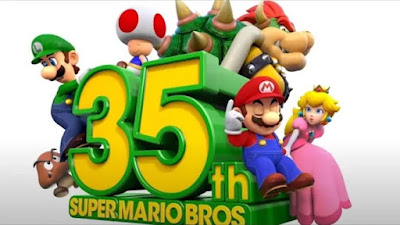 This is a collection of Super Mario games from previous consoles. It contains Super Mario 64 from the Nintendo 64, Super Mario Sunshine from the GameCube, and Super Mario Galaxy from the Wii. The pack hits the Switch on September 18.
Needless to say, Nintendo fans are super excited about the return of these classic games.

But they’re also very, very confused. That’s because while the games will be released on the 18th, they’ll also be available for a limited time only. The number of physical copies of the game will be limited in stock.

Yes, there’s plenty of time and plenty of ways to get the game. But the way Nintendo is rolling this out is just… strange.

Fans had a lot to say about it. They’re worried it’s going to be scalped on the aftermarket.