Bollywood actor Soumitra Chatterjee's funeral in the middle of the crowd

Soumitra was hospitalized on October 6 with a positive COVID-19.

He has won the Padma Bhushan, the Dadasaheb Phalke Award, the Sangeet Natak Academy Award, and three National Film Awards. 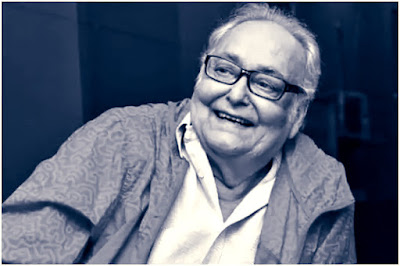 However, many Bollywood superstars have expressed their condolences over his death.

"I fell in love with Soumitra very much," she said on her Instagram account. He was a good gentleman. With his demise, there will be a huge decline in the film industry. '

Aamir Khan took to Twitter to express his heartfelt condolences to Soumitra's family and all his fans for the loss of one of its leading beacons to Indian cinema.

In a Twitter message, Amitabh Bachchan also said that the T3722 - Soumitra Chatterjee is a unique legend and that one of the strongest towers in the film industry has collapsed today and that he was last seen at the IFI in Kolkata. He also offered a heartfelt prayer to him at the end of his message.

He said that he was deeply saddened to learn of the demise of a popular actor and one of his favorite people, Soumitra Chatterjee and that he too had learned a lot from his amazing talent and craft. He also mentions Om Shanthi at the end of his message.