By Channaka
I watched all of Tiger Woods’s play on Wednesday and Thursday this past week at the WGC Accenture Match Play.  Tiger has become such a polarizing figure.  Either people love him or hate him it seems.  If you post something about Tiger on a blog or social network, the haters hate and the lovers love.
Round One vs. Gonzalo Fdez-Castano
Tiger comes into the match play a #5 seed.  That was odd.  He plays a relatively unknown player from Spain in Gonzalo Fdez-Castano (Gonzo).  Gonzo wins the first two holes and it was looking like Tiger would be closed out by the 10th.  Tiger had driving issues and some match play mistakes, like going into the desert when Gonzo had done so.   Gonzo started to play poorly and was obviously nervous.  Tiger played just well enough to win, edging Gonzo 1up.  It wasn’t impressive, but it was a win and that’s what match play is all about–playing good enough to beat your opponent.

Round Two vs. Nick Watney
In round two versus Nick Watney Tiger tightened up the ball striking quite a bit.  Interesting how things can be so different from one day to the next on the same golf course.  The only really bad tee shot Tiger hit on the back was his tee shot on #10, which went into a left fairway bunker and gave him an awkward stance with heels touching the lip.  The resulting shot from that bunker found a club flying backward then hitting Tiger in the foot and the ball flying right of the green into the desert by a cactus and rock.  The language after that shot was NSFW.  The following cactus shot was the 2nd left handed shot Tiger hit in as many rounds.  The joke was that Tiger hit more left handed shots than Phil Mickelson, who of course took the week off for a family vacation.
As good as the ball striking was in the 2nd round, the putting was not.  Tiger missed some seven putts fewer than 15 feet, many blocks to the right.  The most crucial miss right was the final putt on the 18th hole after bombing a 300 yard drive and stuffing a 188 yard approach to less than six feet.  The putt had to drop to extend the match to extra holes.  Opponent Nick Watney was so sure Tiger would make the putt that he’d already started looking at his yardage book and planning his strategy for the first playoff hole.  Puzzlingly, Tiger’s clutch putt didn’t drop.  In fact it didn’t even tough the hole.
After the round Tiger commented on the blocked putts and said he should be able to fix it in about a day.  A technical answer which puzzled me.  If it is that easy to fix, why not fix it before

Analysis Paralysis
During the past week, and in previous recent appearances, I’ve seen Tiger making rehearsal moves with the swing.  He’s doing them over and over, changing and looking at positions.  He seems to be focusing heavily on body positions, club positions, swing plane and any of a number of 27 other technical aspects of his swing.  I’m wondering if he’s focusing too much on being technical and using technical explanations for bad swings, rather than using feel.  After every tournament in post round interviews, Tiger already has the explanation for whatever has gone wrong technically and how he’s going to work on it.
It seems like Tiger plays better when he’s feeling and visualizing shots and especially putts, versus being a robot or machine.  Perhaps this is a case of what my pops calls “analysis paralysis.”  Maybe a feel based approach is better than over analyzing 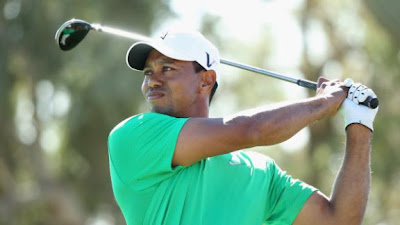