Dolittle star Robert Downey Jr. explains why he wanted to talk to the animals

By Channaka
On a spring morning in 2018, Robert Downey Jr. is wending his way through an extras-filled marketplace set on the northern backlit of London’s Pinewood Studio, filming a scene for his latest movie Dolittle (out Jan. 17). In the course of the complicated shot, he will chat with a gorilla-playing actor wearing a special effects-assisting green leotard while also conversing with a non-existent parrot which will be computer-generated onto Downey’s shoulder at a later date and voiced by Emma Thompson. For most movie stars, this sequence would be a testing experience. But after a decade of playing Tony Stark in the Marvel Cinematic Universe, Downey admits that today’s labors seem positively down-to-earth. “The Marvel films are literally on this other dimension,” says the actor. “This is essentially a period comedy with a lot of heart.” 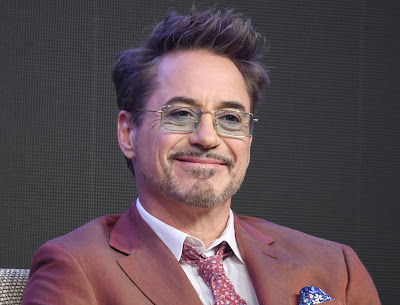 While Holland and Robert Downey Jr have become fast friends over the past few years, it was the latter’s wife, Dolittle producer Susan Downey, who suggested that the role might get his spidey senses tingling — in a good way. “When the Missus said, ‘We should call Tom and see if he wants to play Jip,’ I was like, ‘Now, hold on, he’s become kind of a big deal, we don’t need him to feel like he owes us something,” says Robert. “She was like, ‘I think he might want to do it.

Director and co-writer Stephen Gaghan (Syriana) believes Dolittle is very much a hero for our times. “I came across this script that Tom Shepherd had written for Dolittle and I was just like, God, it’s such a good idea,” says the filmmaker. “I felt myself living [at a time] where everybody just seemed to be screaming at each other across the aisle. I was like, here’s a superhero, if you will, whose superpower is listening. His superhero superpower is empathy and I thought that’d be a great character to have today.”

Following EW’s set visit, the film, originally titled The Voyage of Dr. Dolittle, hit some choppy waters. After the Robert Downey Jr’s see Gaghan’s cut, they decide additional shooting is required and in October 2018 it is announced that the movie’s release date is being pushed from April 2019 to this month. “We realized that we just wanted more with Dolittle and the animals,” says Susan Downey today.

One possible positive about the movie’s delay? Given our current political situation, the film’s message concerning the importance of communication seems even more vital.