By Channaka
The body of missing Ohio teenager Harley Dilly has been found in the chimney of an abandoned home, nearly a month after he first went missing, Port Clinton Police announced Tuesday. Police said the 14-year-old's death was accidental and found no signs of foul play, according to CBS affiliate WOIO-TV.
Ottawa County's Coroner Office determined that Dilly's preliminary cause of death was compression asphyxia. The final autopsy report is awaiting the toxicology report.

Members of the community banned together to raise $18,095 in reward money for information leading to Dilly's safe return and assisted with the search efforts.

After that Dilly went missing December 20 while walking to school. A reward of more than $20,000 was offered for information pertaining to his disappearance. 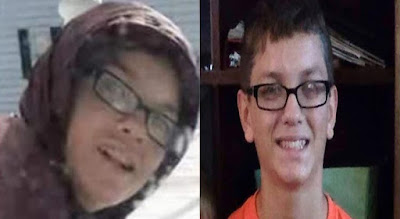 Now, Port Clinton Police Chief Rob Hickman said Dilly's family has some closure. They believe he was climbing up an antenna, slipped off and into a chimney, where he became stuck. The abandoned house where his body was found Monday night is across the street from his home — a residential area along Lake Erie some 40 miles east of Toledo.

"It's not the outcome we wanted," Hickman said during an emotional press conference, according to WOIO.

Police said they checked the abandoned home multiple times, but there was no sign of forced entry and the doors were secure. They decided to search the area again, in another attempt to find Dilly, WOIO reports.

Harley Dilly, 14, of Ohio was found dead in a chimney, nearly one month after he went missing. Port Clinton Police Department

Authorities first thought Dilly may have run away from home, because his family had said he would sometimes spend a night away from home if he got upset, The Associated Press reported. At the time of Dilly's disappearance, the teen may have been upset about having electronics taken away from him.
WOIO said the community — including K-9 teams and helicopters — helped in the search for Dilly.