By Channaka
It seems the youngest cast members of NBC’s This Is Us don’t always get the screen time they deserve, even though it’s hard to deny the real story is about the adults. While Randall and Beth’s adopted Deja (Lyric Ross) has had some considerable attention and character development, their youngest daughter, Annie, hasn’t always.

Played by Faithe C. Herman, she was seen quite often in the beginning of the series, though seems to have been diminished for Season 4. There’s a very good reason for that since Herman is becoming an in-demand young actress. 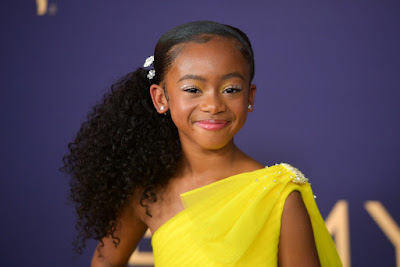 Is she going to become a major star before This Is Us ends? This wouldn’t be the first time such a thing happened, but let’s hope she doesn’t just walk away from the show.

Herman acted in one significant movie
As Reddit fans note, Herman is one of the rare child actors who can emote well without even saying anything. Her limited scenes on TiU in the past proved her as a more than capable actress alongside the also excellent Lyric Ross.

Both are clearly going to move on to bigger things before This Is Us winds up. Herman may get there first based on some major roles she’s already taken on in movies/TV through 2019. After being upped as a TiU series regular in the second season, she started landing other acting work in commercials, plus one major big-screen role.

Those who went to see Shazam! this last summer might recognize her in playing one pivotal character. She played Darla Dudley in the movie, giving her some significant screen time. Her character was Billy Batson’s foster sibling, giving an ironical parallel to This Is Us, which also promotes the value of adoption.

Winning the role in Shazam! likely happened because she’d already had some experience in two movies prior.

Indie movie roles, and more television work
A year after winning the role of Annie, Herman found herself in an indie film called Bodied about battle rapping. Outside of having a very small role, it put her on the map as a face that’s suited to close-up emoting. Afterward, she followed up in another indie thriller called Doe with co-stars Timothy Davis, Tatyana Ali, and Mathew St. Patrick.

Viewers may have also spotted Herman in an episode of Watchmen on HBO recently. Playing a young Angela, Herman is usually a standout in anything she does.

In the chance she becomes a bigger star before This Is Us ends in the next couple of years, would she stick with the show, or would there have to be a replacement to play Annie? One thing for sure is she hasn’t disappeared completely from the show. She’s been seen, yet only too briefly. In upcoming episodes, IMDb shows she’ll show up again.

Since ‘This Is Us’ made her a star, she’ll likely stick around
Past incidents of actors leaving a popular show that made their names are usually notorious in the annals of TV history. Many of those cases involved messy negotiations to get them to stay, then led to career damage afterward when the actors let ego control their career directions.

With those lessons still fresh in many minds, a lot of actors are staying put on popular shows making them famous. No doubt it’s still tempting for someone like Faithe Herman to want to move on to bigger things in movies and not be tied down to a TV show for the next two years.

This Is Us is still a hot media property and one that will lead to even bigger things if Herman sticks with it. After all, she’s not even a teenager yet, giving her plenty of time to flourish in other things while respecting the role of Annie up until the end. Don’t be surprised to see Annie play a more important role in the outcome of the show, and maybe in the marriage of Randall and Beth.