By Channaka
The early betting lines for Super Bowl LIV favor the Kansas City Chiefs and a high-scoring contest.
With two weeks between Sunday's conference championships and the title clash at Hard Rock Stadium in Miami, there could be some fluctuation in the spread, over/under and moneyline before the game kicks off.

The underdog moneyline is typically the best-paying bet, and although it still could be on February 2, it carries less value than usual because of the minuscule point spread.
With plenty of time to break down the matchup between the Chiefs and San Francisco 49ers, the direction of the betting public could alter the lines. But for now, the AFC champion is favored. 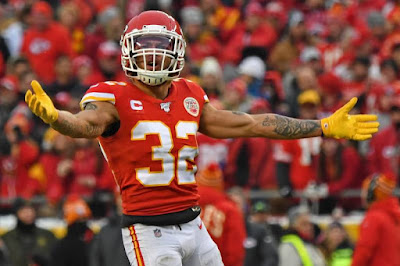 Super Bowl LIV presents us with a rare case in which both teams provide value on the moneyline.
Because the odds are so close on the spread and moneyline, the game is essentially a pick'em, which means the spread is level and neither team is catching points.
The San Francisco moneyline carries the most value because it is the underdog. A wager on the 49ers right now would allow you win whatever you put down. Kyle Shanahan's team comes into Hard Rock Stadium on a four-game winning streak, and it looked dominant in playoff clashes with the Minnesota Vikings and Green Bay Packers.

Duke basketball is comeback attempt
Those 17-point victories could be enough to persuade you to take the 49ers, and this may be their best value on the moneyline. Because the 49ers have played so well, there is a chance bettors will take the current odds, which could bump the odds in favor of the NFC champion.
If you prefer San Francisco, now is likely the best time to put money on it despite the fact that the Super Bowl isn't taking place until February 2.
Even though Kansas City rebounded from slow starts against the Houston Texans and Tennessee Titans, that could make the difference in betting preference. San Francisco has turned in the more complete performances without many flaws, while the Chiefs took a while to get going.
If that occurs in the Super Bowl, the Chiefs may not have a chance to pull themselves back into the contest because the 49ers thrive when dictating the tempo of the game.
A -120 moneyline still carries more value than most favorites have, so it is still a decent wager to make. However, the advice for bettors who favor the Chiefs is to wait a few days to see whether there is line movement in favor of the 49ers.
If that does not occur, a wager before the weekend is preferable to catch Kansas City at its best value possible.
Over/Under Breakdown
Tony Avelar/Associated Press

The over/under has risen a point from its opening total.
The 53.5-point total reflects the offensive success both sides achieved in their postseason contests.
San Francisco outscored its opponents 64-30, while Kansas City defeated its foes by a combined 86-55.
The effectiveness of the 49ers rushing attack, in which Raheem Mostert was the top beneficiary in the NFC Championship Game, and the explosiveness of the Chiefs offense make a 54-point Super Bowl a real possibility.

LSU Clemson game 2020 Highlights from CFP Championship
The 13-3 win by the New England Patriots in Super Bowl LIII is an outlier when looking at the recent scoring trend championship tilts.
The Patriots and Philadelphia Eagles totaled 74 points in Super Bowl LII, while New England and the Atlanta Falcons combined for 62 the year before. In fact, five of the past seven Super Bowls have featured 50 or more points, but only three had totals that would have eclipsed the current over/under for Super Bowl LIV.
If you apply that total to the 49ers and Chiefs' games this season, 14 of the 36 would have gone over.
Since the start of December, only Kansas City's pair of postseason contests had more than 54 points, while San Francisco had three contests eclipse that total.
The Chiefs only scored seven first-quarter points in the past two games, but they have rebounded to put on offensive shows. However, that could be a concern February 2 because of San Francisco's ability to control the clock through its rushing attack.
In the divisional-round win over Minnesota, the 49ers had the ball for 17 more minutes and held the NFC North side to 10 points.
If you think that may happen in Miami, the under could be the best wager.