Android is a mobile operating system which was developed by Android Inc and later the firm was purchased by Google. Now, Android is aiming to take the greater market share of cell phone operating systems than any other cell phone. Right now, the leader in the market is supposed to be the iPhone, however people are quickly moving towards Google Android. According to an estimated figure, the market share of iPhone will be captured by Android, by the end of 2012. This is due to a simple reason that Android cell phones will be manufactured and supported by every cell phone company and the network providers too, whereas iPhone was only manufactured by Apple. Moreover, the Android phones are present in different prices and ranges.

Recent statistics for a website showed that more traffic is attracted by the Android phones as compared to the iPhone. Visits for the Android users grew to almost 350 percent from the end of 2008 till the ends of 2009 whereas the visitors for iphone grew by only 170 percent. People are always looking for more advance applications, games and software’s for their Android handsets whereas iPhone users made less downloads to their cell phones. This clearly shows that the Android cell phones are attracting people’s attention towards advance technology more effectively.

Although, these statistics show quite positive signs for Google Android, there could be some reasons where it may fail to acquire the greater market share. This may happen because most of the people are not concerned about the software. They just look at how appealing a cell phone is in terms of its design and shapes. Fewer limitations in a cell phone do not matter for people who are not technical savvy and they just neglect these limitations, if the cell phone is attractive. We know that iPhone has made its ground and is widely acceptable for the users despite of its limitations but Android’s success will depend a lot on its cell phone models. Nobody can guarantee as to which cell phone is going to be accepted in the market and which one is not. However, the statistics seems to be going in the favor of Google Android. 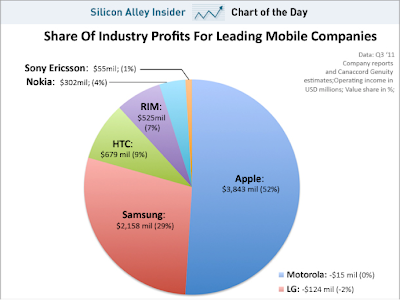 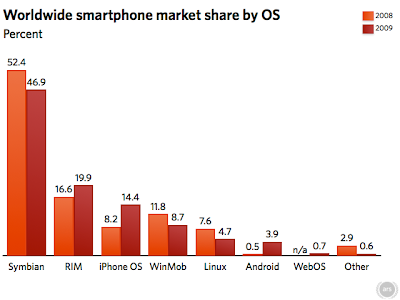