By Channaka
Faye Swetlik is a 6 year-old girl. She found in her front yard that straggled to death by her neighbor. This happens in South Carolina last Tuesday. The evidence have proven it.

She had 30-years-old neighbor that who kill by himself on the Feb 10 in his own home. His name is Coty Scott Taylor the Police said.


In South Carolina Taylor’s dead body was found on the February 13. The Swetlik residence was 100 to 160 feet away from this Taylor’s body found area. This body was revealed in the near wooded area.

In TuesdayFaye Swetlik’s body was moved to an area that auto body shop and the wooded nearby her home residence. This also informed by the Police.

The Taylor died by suicide himself this shown by autopsy. She was abducted and died from asphyxiation. The country corner of Lexington office has confirmed that girl was playing in her front yard in 3.45 p.m. with her family. 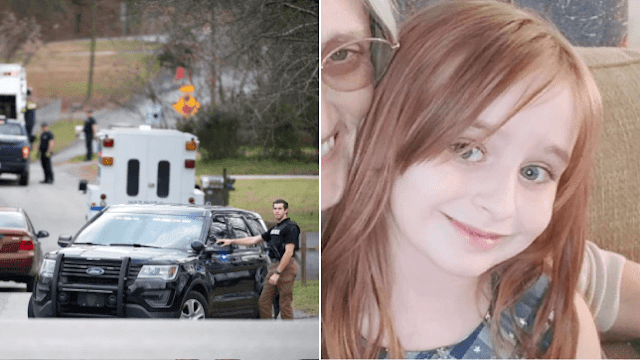 Public Safety Director Byron Snellgrove in Cayce Department says that he gave the authority to his team to investigate the Taylor’s home. But they can’t find any clue to link to this case.

From the investigation to the Taylor find that he has no previous criminal history. Also they find this man has no connection in the Swetlik’s family.

However the other day police was found the girl wear a polka-dot boot in the Taylor’s trash can. And the soup was ladle with it. Then the police found this girl wearing that boot when she has disappeared.

At the same time Faye Swetlik’s body was found on Thursday behind the neighborhood the other officers are responding to another case reported from a man bleeding but the officer’s arrived the Taylor found as dead.

The video footage shows that the Taylor acting some suspicious things. In Tuesday authorities decline to shows the video details.

Faye Marie Swetlik loss is an unforgettable thoughts of our minds. For Faye will be held to public memorial Friday evening at Trinity Baptist Church in Cayce.