Quaden Bayles Australian bullied boy is back to normal life

By Channaka
Quaden Bayles sobs suddenly get uncontrollable in his mother’s car. Suddenly he shout loud and said I want to kill myself please give me a knife.

Yarraka Bayles is the kids mother name and she had posted this sad video to her face book by live video sharing. She was from Australia state of Queensland. Also she said her son was previously attempted suicide.  She said this video is for raise awareness or stop bulling kids in school. Her son is suffering from  Achondroplasia she said to the video.

This is how bulling is ended she said to that video. She asking something about through this video. That is please teach your children about this tell your families about this also tell your friend.
This video has posted on Tuesday. It has viewed by 16 million peoples. Bayles getting massive help from all around the world. 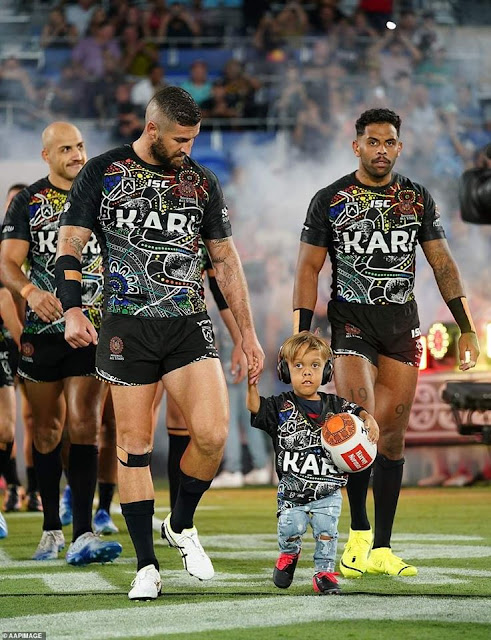 Australian actor Hugh Jackman has posted his own video abbot the bayles on the twitter.
American comedian brad William who was suffering from the same Achondroplasia has send American dollars $130000 for a journey in Disney land for this child.

Indigenous All-Stars team bring this kid to the ground with them wearing their jersey to him. Suddenly the audience recognize him and shout loud that Quaden Bayles we are with you. They stand up from their chairs and give a big round applause.

I think now the Quaden Bayles think this world is with me and now I’m not alone. That is the massage we want to send his mind to clear those rubbish ideas from his head. I thing good thing will happen and may he live peace and full of joy.